Danny has battled hard to get himself free of addiction but last year he also battled for others by organising a coffee morning in aid of cancer care. 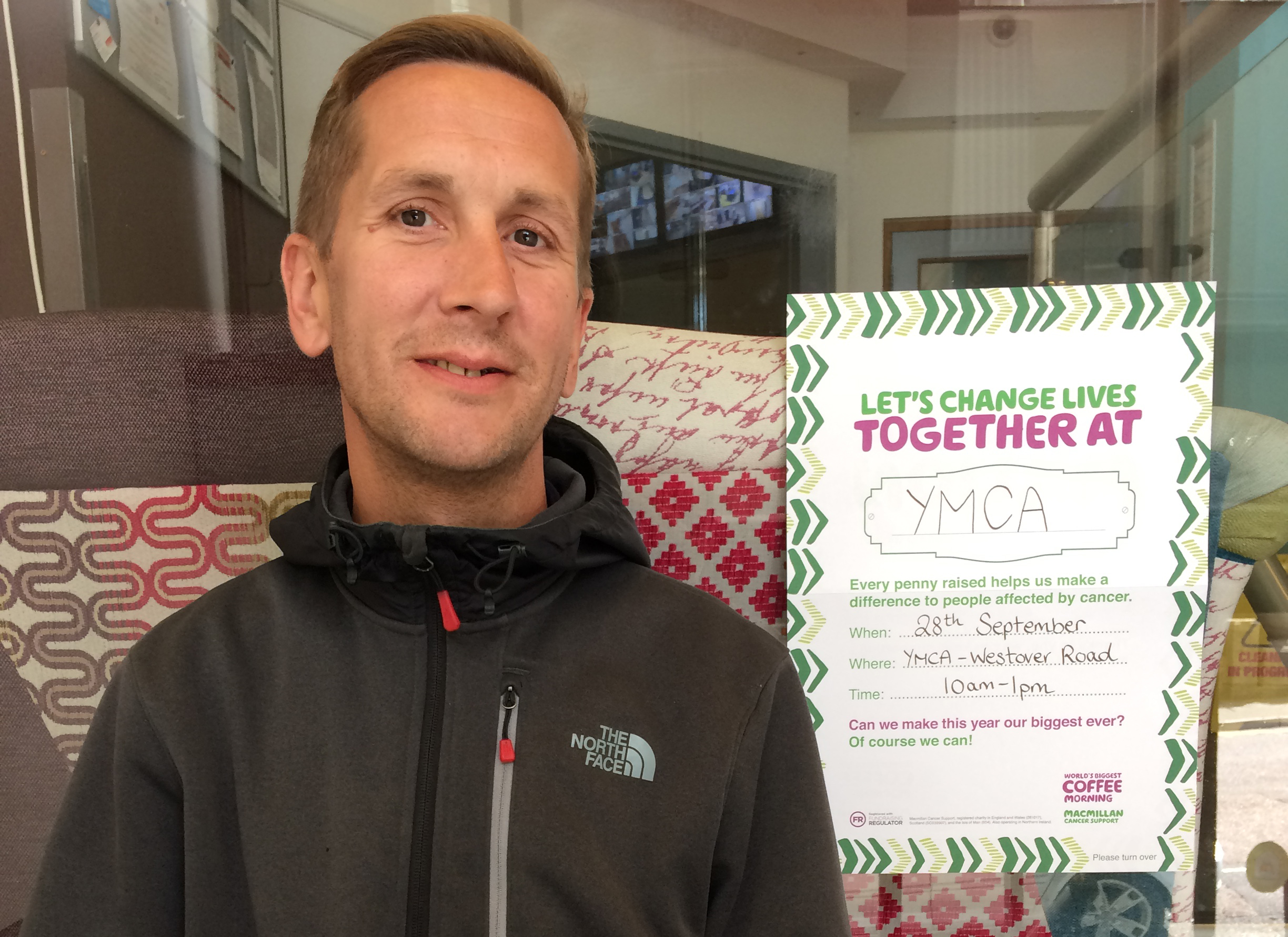 40-year-old Danny has been homeless most of his life: “I was an addict and I really struggled to get anywhere,” he says.

About three and a half years ago, however, he got help with his addiction problems, found a place in supported housing, got clean and became a volunteer himself, helping others who were stuck in his previous situation. “I loved it,” he says. “I was helping people: trying to give them a bit of what I had.”

Sadly, following the loss of his grandfather and a split with his girlfriend he fell back into bad habits and once again found himself homeless. “I just want to get back to where I was two years ago,” says Danny, who has now been in the YMCA Bournemouth hostel since June and is receiving the support he needs.

Last year, he decided to run a coffee morning in aid of Macmillan because his aunt had been cared for on a Macmillan unit before she died. He and YMCA staff raised £227. He would also like to help start a local recovery café.

“I want people to see that residents in a hostel are not only here to be helped, but that we can help others too,” says Danny.